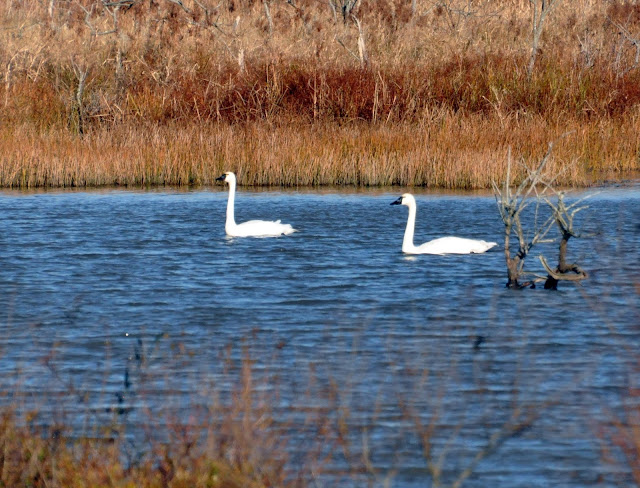 I’ve been to the Blackwater National Wildlife Refuge (NWR) before, but never in November, when a lot of the waterfowl are there. 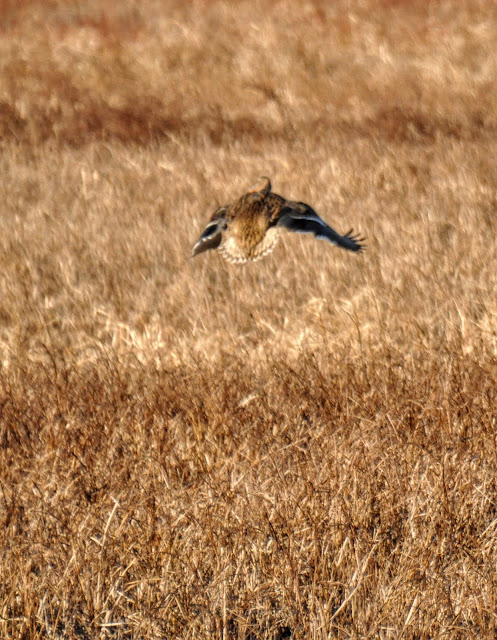 What drew me there this time was to see the tundra swans.

Of course there were heron, although not as many as you might see during the warmer months. 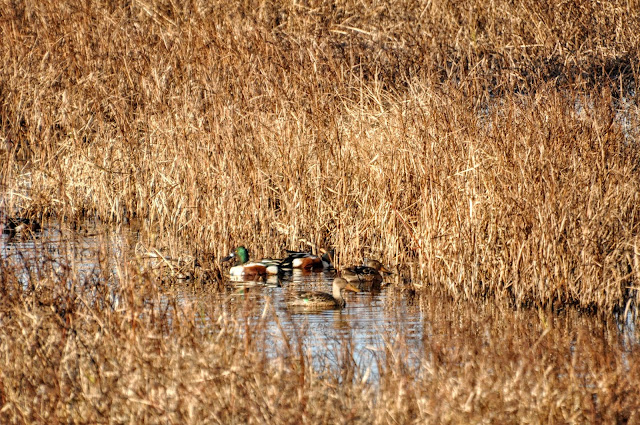 And of course bald eagles (although I will never get over the thrill of seeing an eagle). I saw at least three different ones, including one in a nest (it’s early for nesting season, so maybe she/he was there for warmth, as it was a very chilly day). 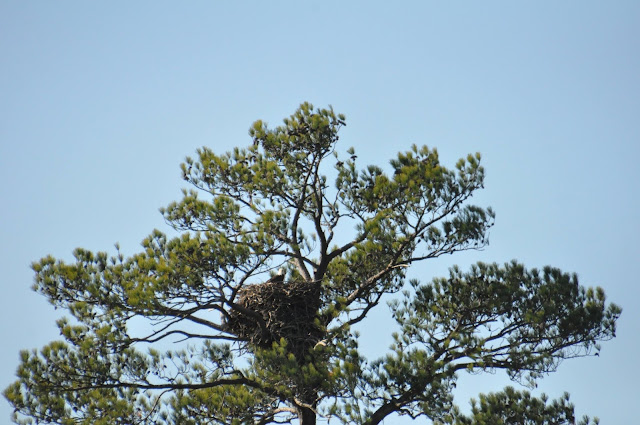 Why do I say, “of course bald eagles?” Because Dorchester County has the highest concentration of nesting bald eagles on the Atlantic Coast of the United States.

The best time to see waterfowl is November through February. The refuge serves as an important resting and feeding area for migrating and wintering waterfowl and is one of the chief wintering areas. 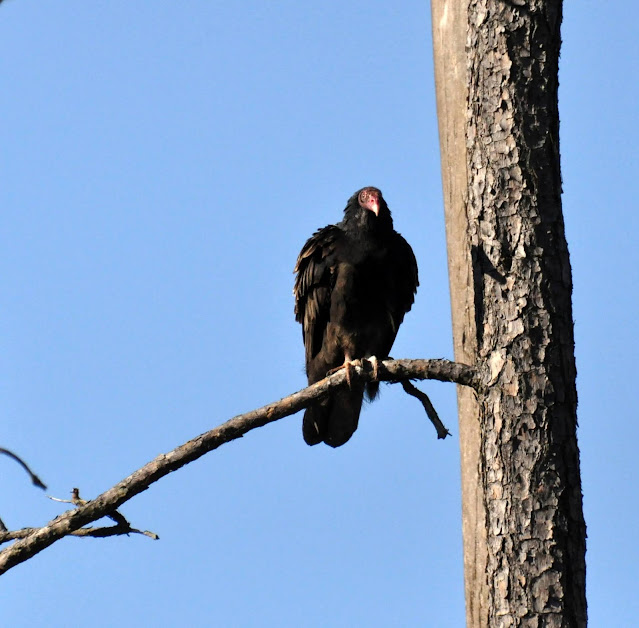 Wintering species includes tundra swans, snow geese, and more than 20 duck species, including the ubiquitous mallards, blue- and green-winged teals, wigeon, wood ducks, shovelers, mergansers, and pintails. Mallards and wood ducks can be found in the refuge all year long.

In late November, just before Thanksgiving in fact, I saw a lot of tundra swans — it seemed several thousand of them.

Of course egrets and Canada geese — there are always Canada geese. I didn’t see/recognize any snow geese, so I’m guessing they hadn’t arrived yet. And there were mallards, and northern shovelers, which I mistook for mallards… … and northern pintails, which I mistook for ruddy ducks because I thought I’d spotted blue on their bills and because someone had pointed them out to me at Eastern Neck NWR. 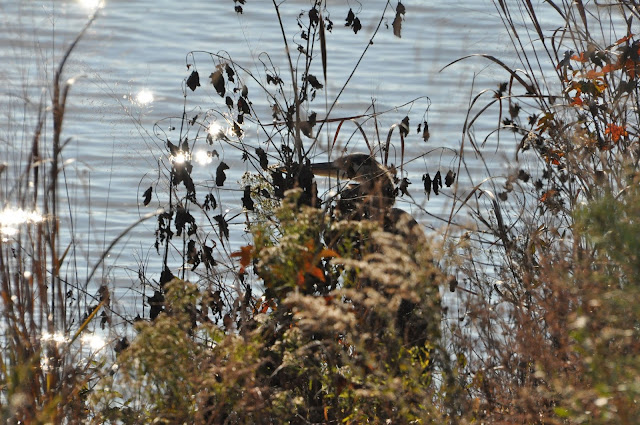 The various habitats of Blackwater promote a diversity of wildlife that change in numbers and species with each season. 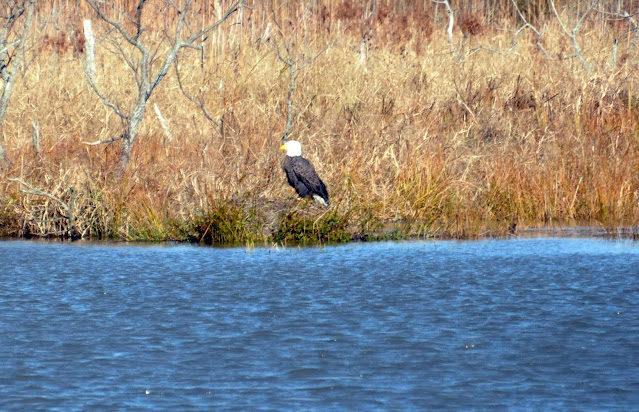 Year round, you may see owls, towhees, woodpeckers, nuthatches, woodcock and wild turkey in the refuge’s woodlands (there are several nice hikes that allow you to explore this part of the refuge). In warmer months in the wooded areas, there is likely to be warblers, vireos, orioles, flycatchers as well. And if you see a large-ish common grey squirrel, then you’ve actually see the formerly endangered fox squirrel. 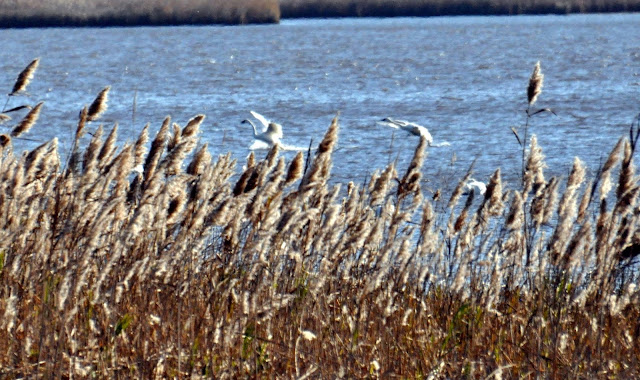 Know before you go:
Getting there: 2145 Key Wallace Dr, Cambridge, MD

Hours: Wildlife Drive is open during daylight hours; the visitor center is open Tuesday – Sunday, 10 a.m. – 4 p.m. except for Federal holidays (including Thanksgiving and Christmas)

Check out previous visits to Blackwater NWR or other national wildlife refuges on the Eastern Shore:
Blackwater NWR is right next to the Harriet Tubman Underground Railroad Visitor Center!
Cambridge is nearby — check out what there is to see and do there: 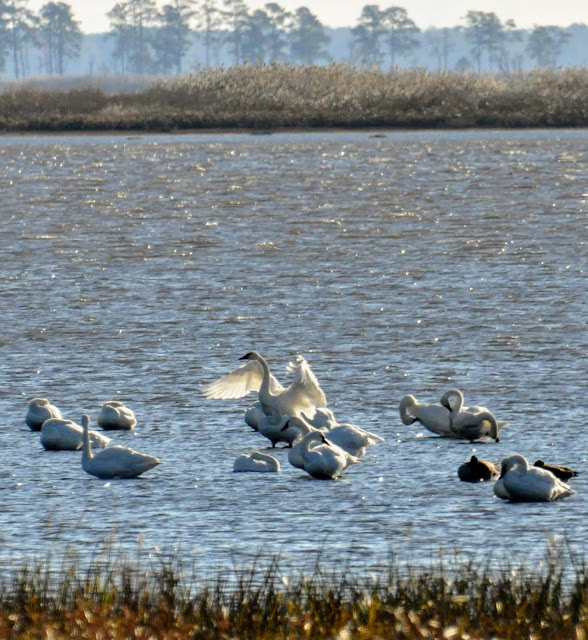