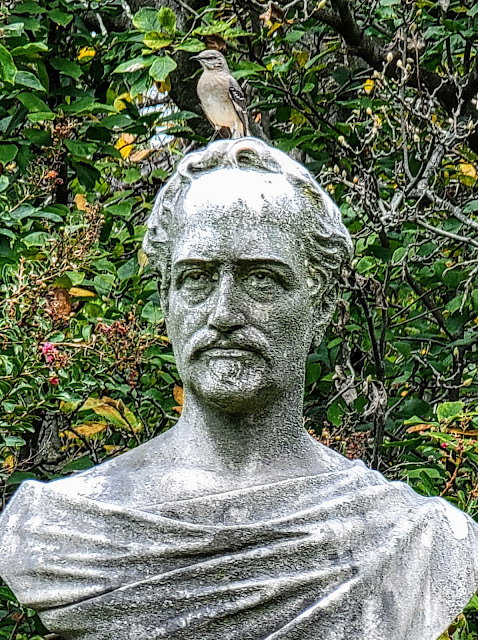 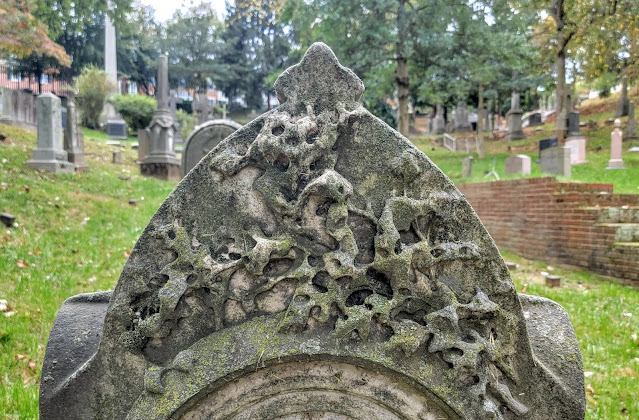 Let the winding paths and terraces entice you to explore this quiet oasis in the midst of a bustling city. Chances are you’ll encounter a black squirrel or a quiet deer. 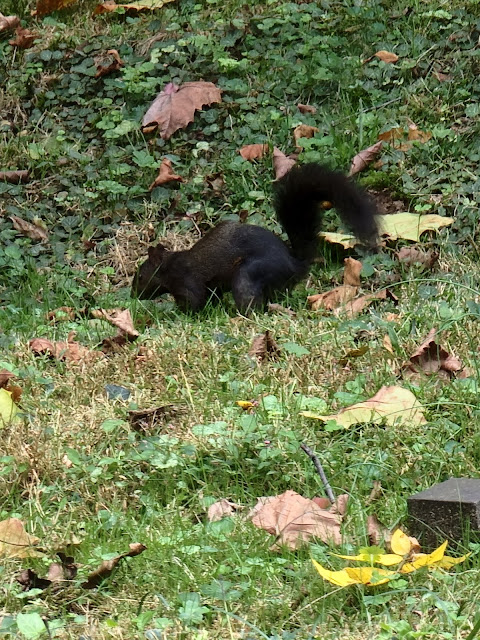 The cemetery is built into the side of a gorge descending down into Rock Creek valley. Almost the entire cemetery is under shade; benches placed strategically around the cemetery invite you to reflect on the fleetingness of life. 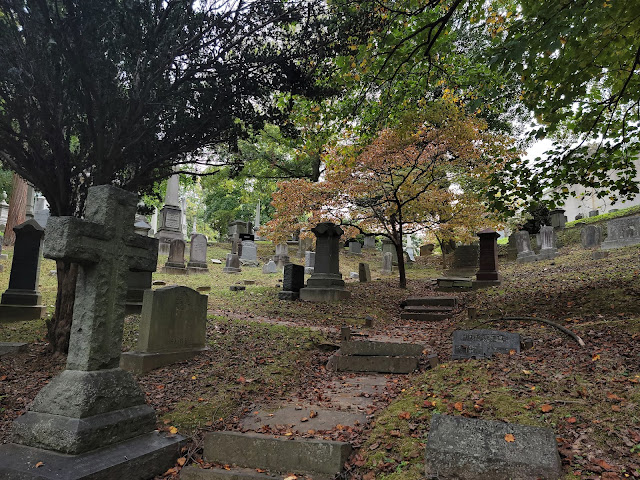 The cemetery was built in 1848 under the direction of William Wilson Corcoran, a native son of Georgetown (and unfortunately, a Confederate sympathizer), but he’s more well known because of the Corcoran Gallery of Art. 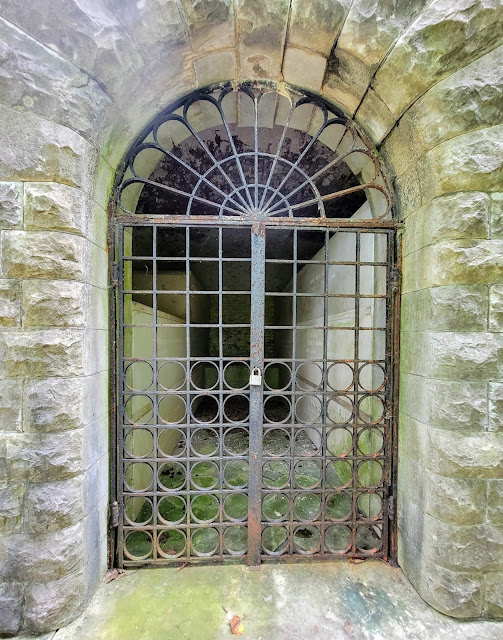 Corcoran made his millions by establishing Riggs Bank in collaboration with George Washington Riggs; however, during the Civil War, Corcoran fled to Paris to wait out the conflict. 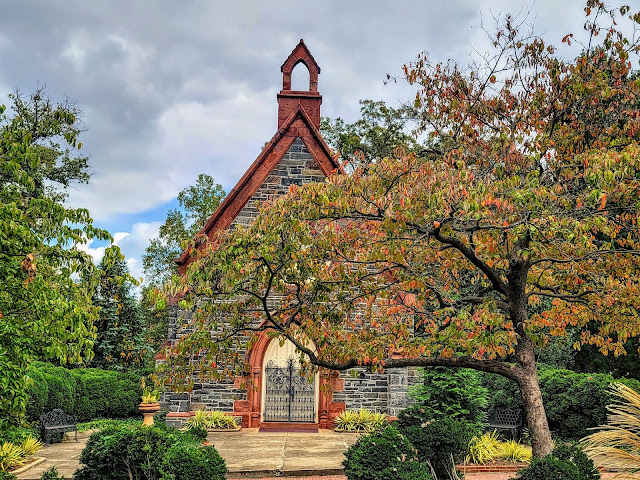 Still, we have Corcoran to thank for this gorgeous cemetery. He purchased the initial 15 acres and hired architect James Renwick Jr, who had also designed his mansion (although more famously, Renwick had designed St. Patrick’s Cathedral in New York City, the Smithsonian Institution’s Castle on the National Mall and probably Grace Church, nearby in Georgetown. 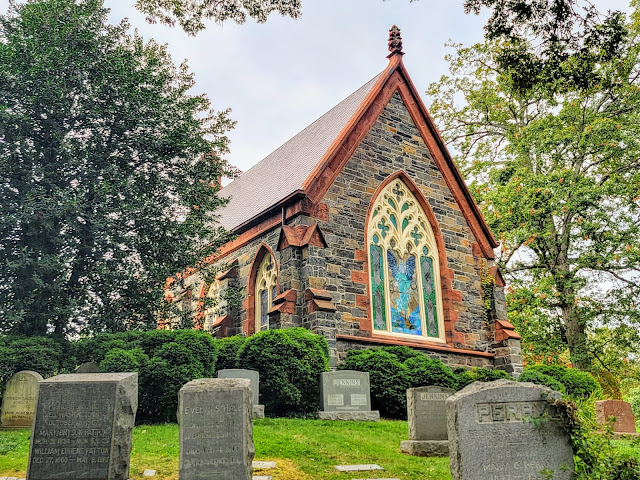 The one-story rectangular Gothic Revival chapel measures 23 by 41 feet and is placed on the highest ridge in the cemetery. You should note that the chapel’s stone looks similar to the Smithsonian’s Castle — it’s the same red Seneca sandstone. 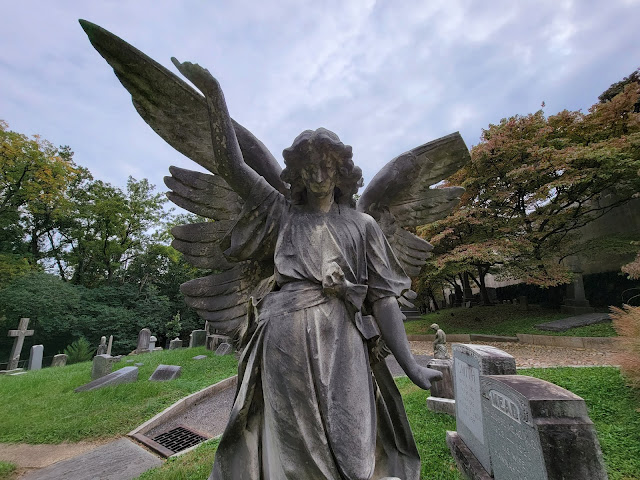 Then, as now, Oak Hill was a cemetery for the wealthy, famous, and well-wed. Sure, there are a number of generals, admirals, doctors and lawyers. But there are also Confederate spies (Georgetown was swarming with southern sympathizers and traitors). 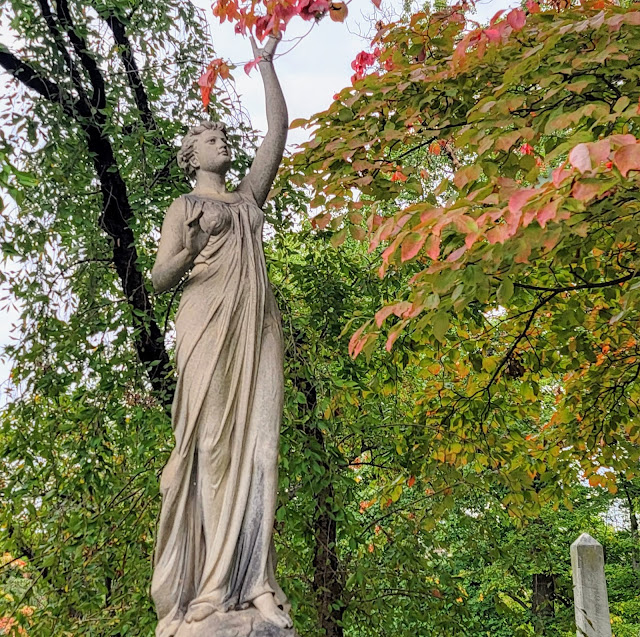 I was particularly struck by poet and fellow Penn Stater John A Joyce’s grave. Not only was it a striking headstone, but quotes from his work was inscribed on the stone. But do a little digging, and you will discover he plagiarized the work of Ella Wheeler, specifically her poem “Solitude,” which begins “Laugh and the world laughs with you; cry and you cry alone.” He even had these lines inscribed on his tombstone! I admire the chutzpah but decry the theft of intellectual property. 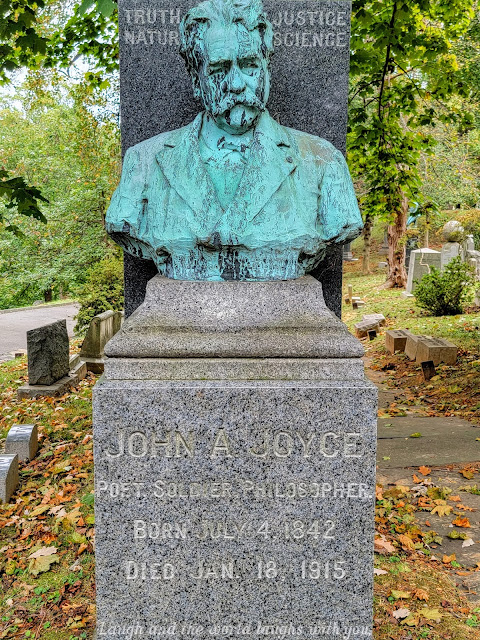 Laugh, and the world laughs with you;
Weep, and you weep alone;
For the sad old earth must borrow its mirth,
But has trouble enough of its own.
Sing, and the hills will answer;
Sigh, it is lost on the air;
The echoes bound to a joyful sound,
But shrink from voicing care. 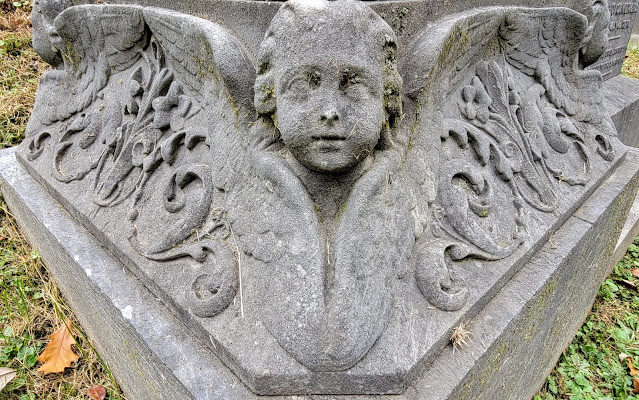 I also came across the striking Savopoulos gravesite, recognizing the name from a true crime podcast I follow. This one is a sad story. On May 14, 2015, three members of the Savopoulos family — Savvas, Amy, and their son Philip (as well as their housekeeper, Vera Figueroa) — were killed at their Woodley Park home in Washington DC. But this wasn’t a simple murder. 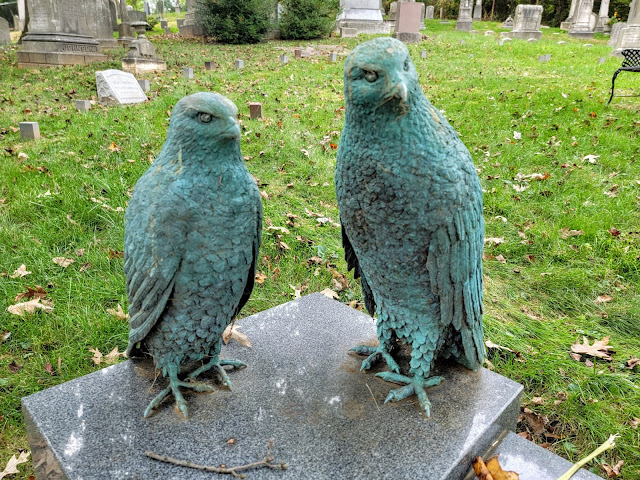 They were held at least 24 hours; the 10-year-old child, Philip, was tortured to extort $40k from the Savopoulos’. During this time, they all sustained blunt force trauma, before dying. In addition, the child was stabbed repeatedly. Then the home was set on fire. 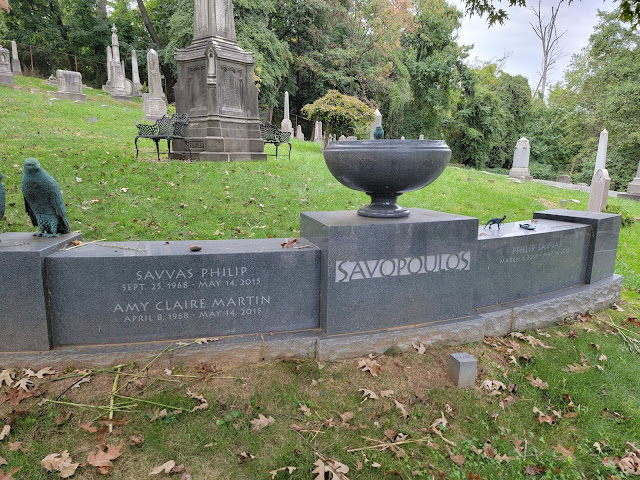 In 2018, Daron Wint, a welder fired from a company owned by Savvas Savopoulos, was found guilty of 20 counts of kidnapping, extortion, and murder; he’s now imprisoned on four consecutive life-without-release terms. 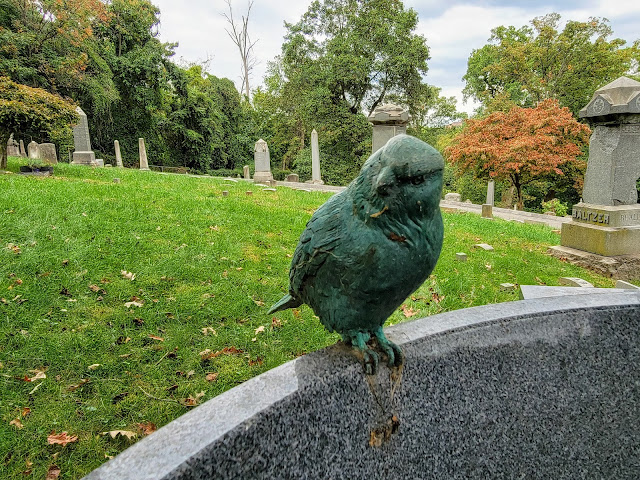 Now the three Savopaulos family members killed that day lie peacefully on a hill in Oak Hill. Their tombstone is beautiful and striking in polished black granite, topped by two copper or brass large birds. A toy dinosaur and a toy car sit on the headstone above Philip’s name. 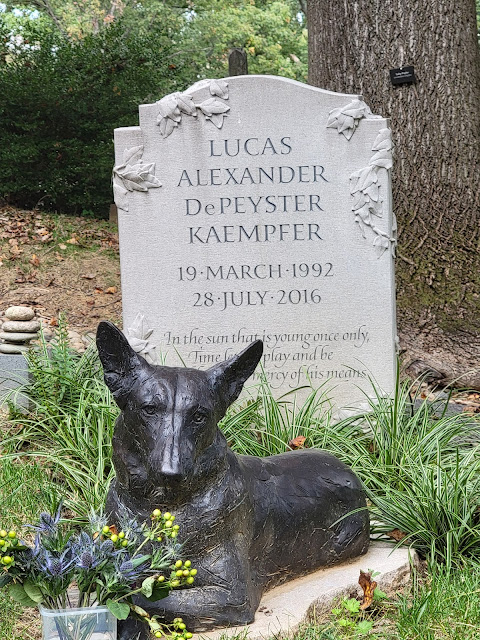 Nearby, a statue of a dog caught my attention. 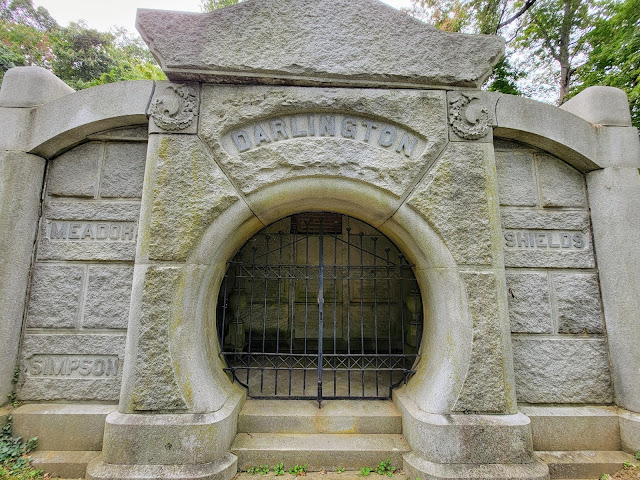 The Van Ness mausoleum and its inhabitants were moved to Oak Hill in 1872; they were not alone — as D.C. expanded, numerous individuals interred at other burial grounds around the city were moved to the more secluded Oak Hill Cemetery. 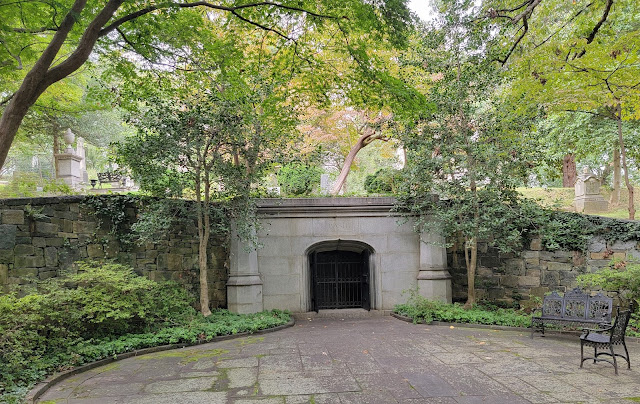 The hearse carrying the Van Ness remains was pulled by six white horses; after the procession, while the horses were feeding, someone remarked that the horses appeared to have no heads. 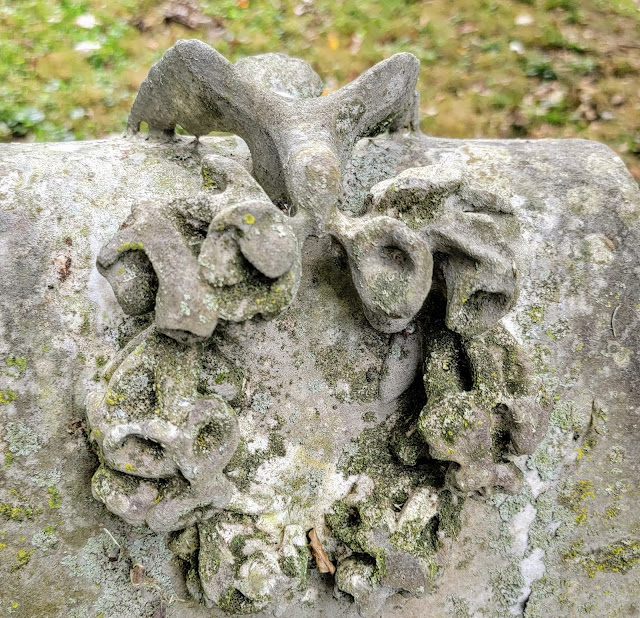 That statement evolved into an urban legend, and since then, many have claimed over the years to have seen the six headless horses slowly walking from the old Van Ness mansion to Oak Hill Cemetery.

Corcoran’s gravesite is notable as well. 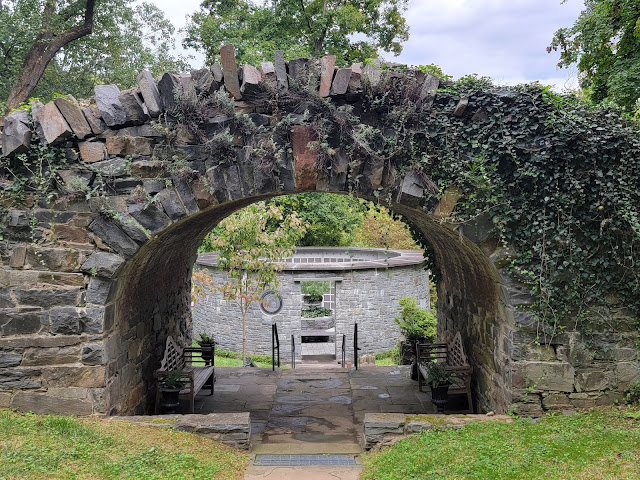 A bridge forms a tunnel leading to a secret garden in the Willow Columbarium. 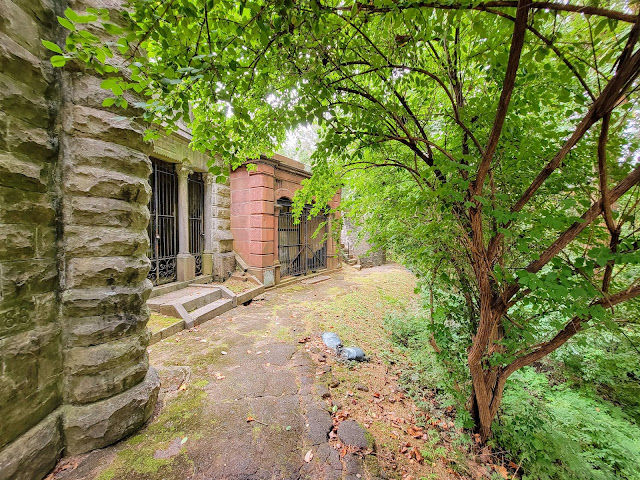 A hidden flight of stairs leads you to a row of mysterious mausoleums, set into the steep slope; the sidewalk in front of them crumbles down into the gorge. It is quiet and it is creepy. 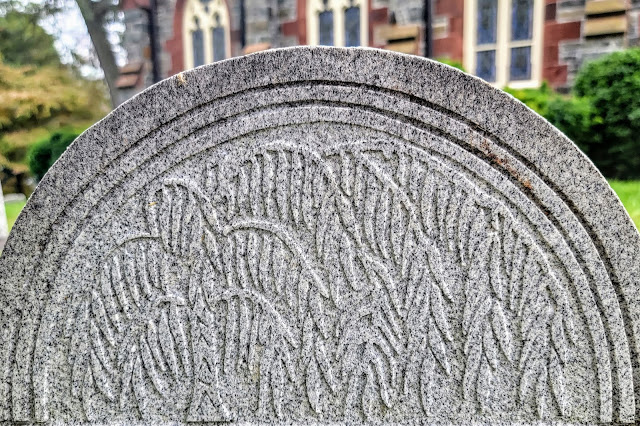 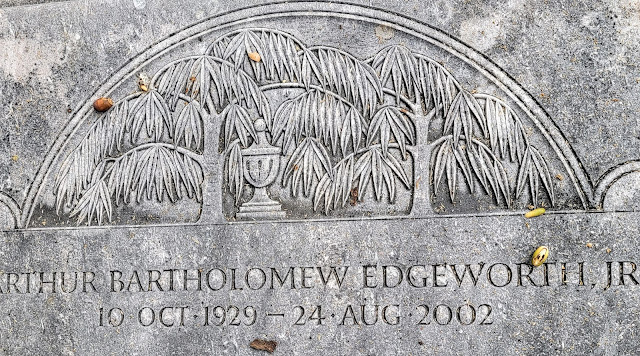 What’s really impressive about this beautiful cemetery is that the more recent interments echo the style and themes of the earlier interments. Weeping willows are inscribed on graves from the 1990s, and later.

This is a cemetery made for walking and exploring on foot — and its 22 acres and winding paths and benches make this a respite from the hustling city just outside its gates. 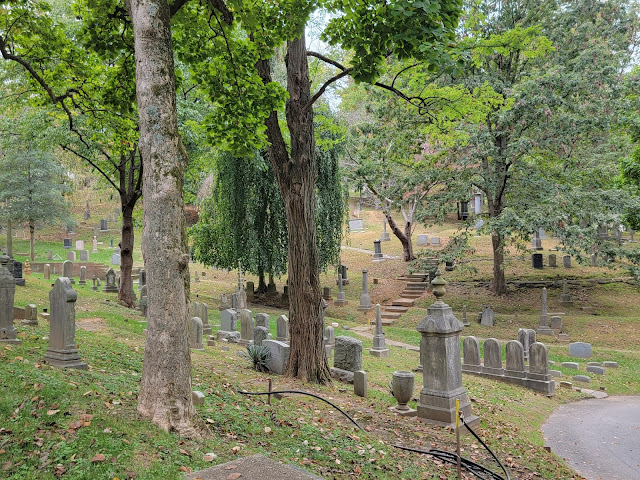 Know before you go: No dogs allowed, nor bicycles. Down load an interactive map to help you find famous folks interred there. 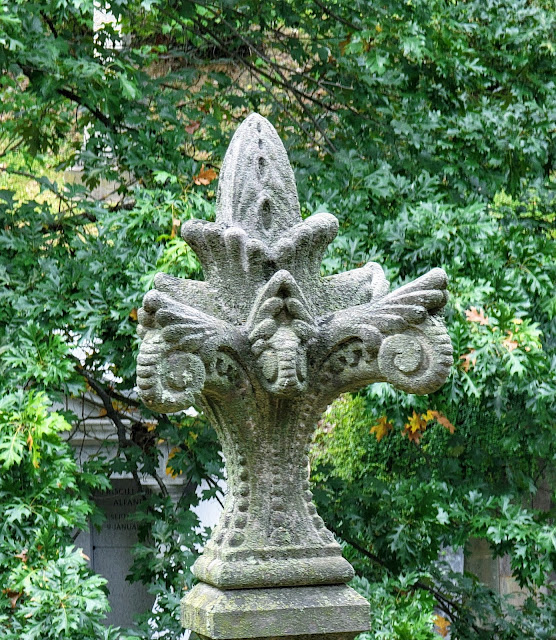 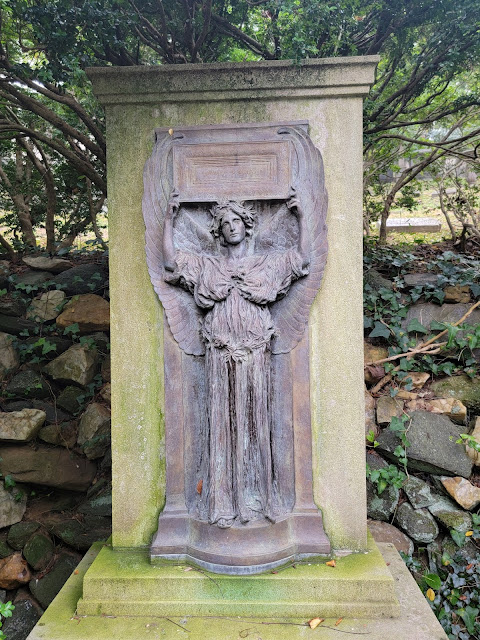 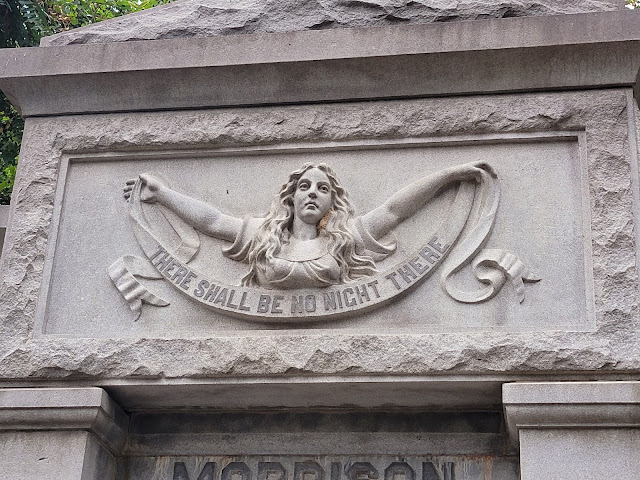