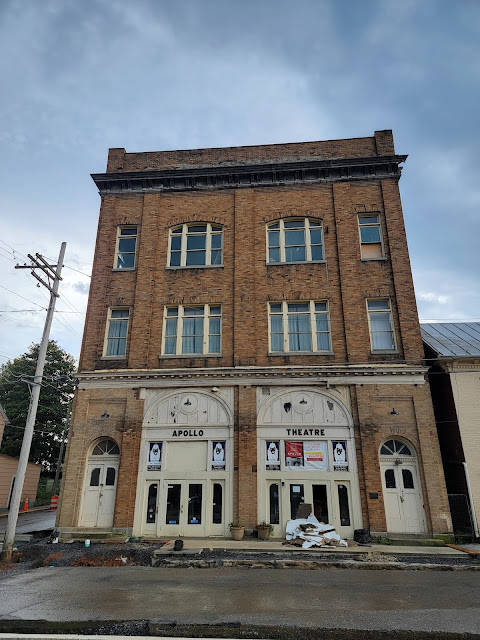 We got the opportunity to conduct a paranormal investigation at the Apollo Theatre in Martinsburg WV. It was a hot and stormy night — the thunder and lightening fueled the ghosts inside and lent a particularly spooky atmosphere to the ghost hunt.
Martinsburg’s Apollo Theatre was an early design success for Reginald Geare, in company with local architect Chapman E. Kent. It’s distinctly different from other theaters of the time period because it was designed specifically for that new fangled motion picture craze. Despite that, it has a generous stage — large enough to accommodate live performances — and many vaudeville shows were performed there.
Stories of the Apollo’s haunts have circulated for decades.
The oldest stories date back to the mid-1970s. There are no records of deaths within the theater, the building may have been used as a hospital during the 1918 influenza epidemic. There also are rumors, although unconfirmed, that a stage hand fell from the catwalk and passed away from his/her injuries.
Apparently, there are several spirits here, two of which are known as “Charlie” and “George.” In 2008, a theater board member described his run-in with George in the early 80s: “During the curtain call I saw an old man in the back of the theatre, in a plaid shirt with a cigar. No one but me saw him and suddenly he was gone.” A Civil War re-enactor — a woman dolled up in a Civil War-era type gown encountered George in the ladies room: George is not a very polite ghost. 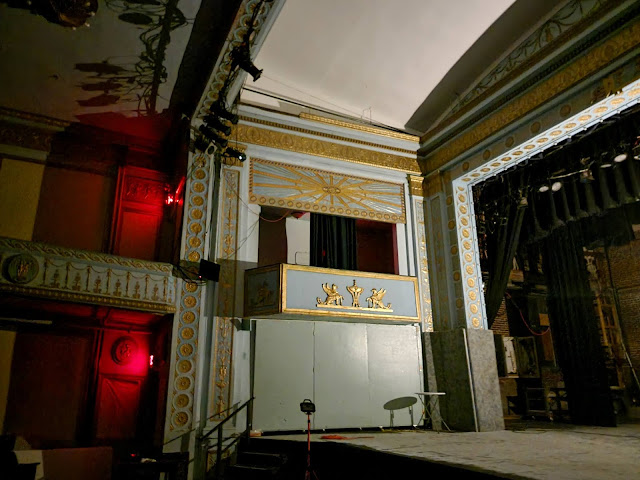 Local residents have seen a figure wearing a fedora pulled down over his eyes, standing hunched over with the collar of his coat pulled up around him outside of the theater. This figure is believed to be Charlie, a former caretaker.
Hangers have flown off shelves in dressing rooms; heavy footsteps have sounded walking across the ballroom and sounds of laughter and dishes or glasses clinking when the place was empty. People have reported being touched by something invisible in the restrooms. 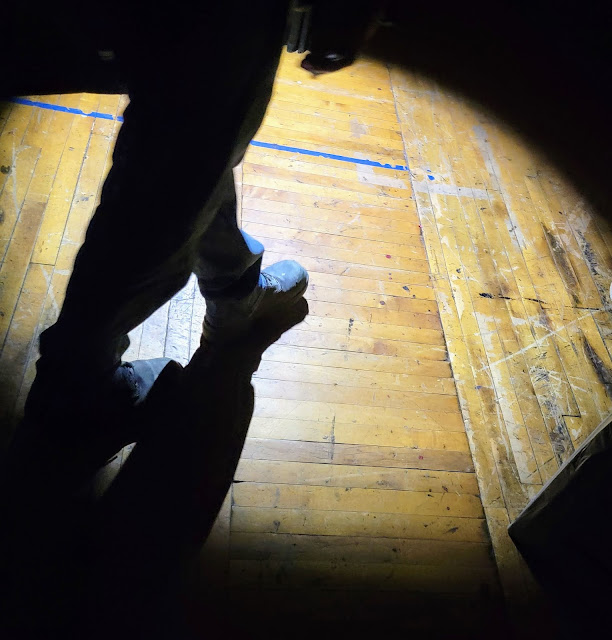 Despite the storm and the ghost stories, we really didn’t get much activity until we descended into the basement, a claustrophobic, damp space. There was some weird energy there. We got some reactions to the dowsing rods and the Phasma Box app indicating there were some illicit hook ups there. 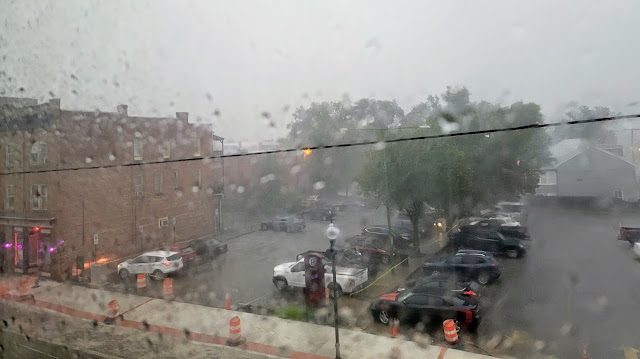 When we emerged and shared this with the folks running the theater, they laughed and told us that the basement had been used as a bordello. I have to admit, I’m a bit skeptical. I guess I’ve been in too many places that claim to have a history of being speakeasies or bordellos to believe that. It just didn’t seem accommodating to that particular activity, with puddles of water pooling in the floor and just the sheer number of bugs.
Other areas where ghost hunters in our group got a lot of activity were the rest rooms (please, no jokes!) and the entrance to the catwalk from the ballroom on the third floor. 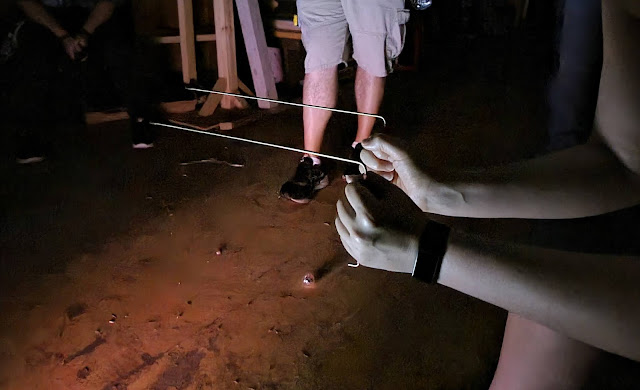 Enjoy tales of the paranormal? Check out these other ghost hunts! 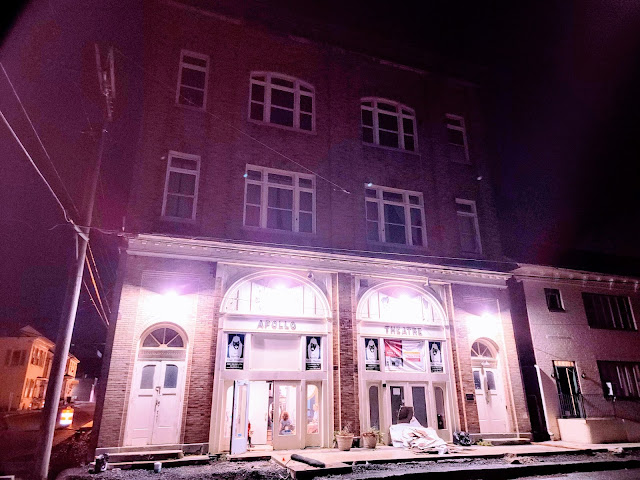