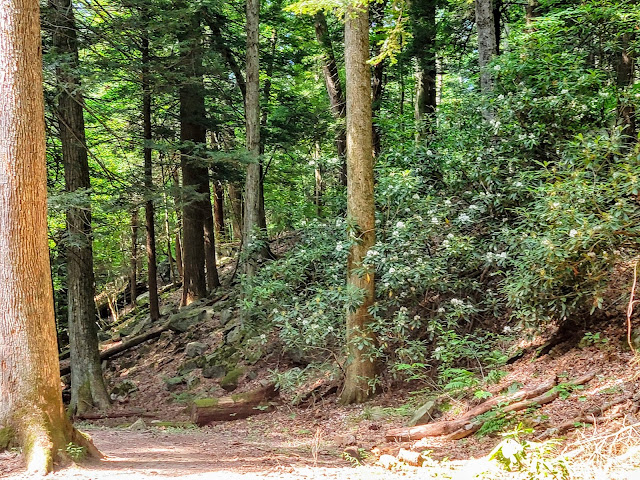 Once an ecological disaster — as with many areas of the East Coast that were clear cut by the lumber industry during the late 19th and early 20th centuries — Linn Run State Park is now a thriving second growth forest. Mountain laurel and native rhododendron cover the slopes — we caught the tail end of the rhododendron blooms. 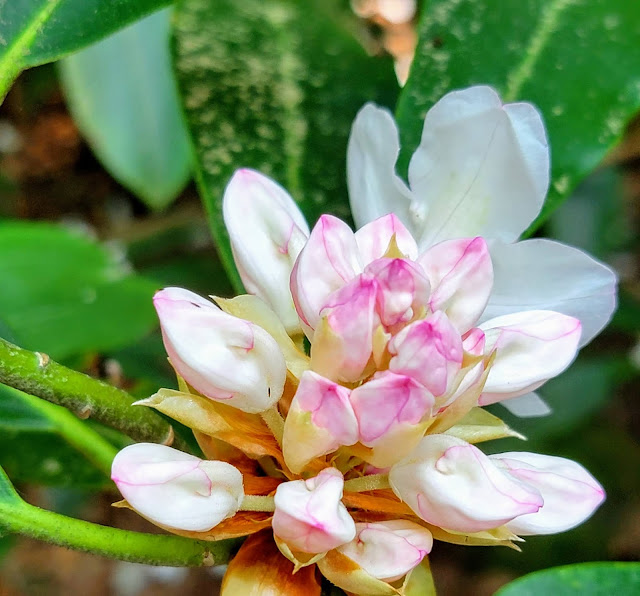 Bordering Forbes State Forest, it offers a few miles of hiking trails, many of which connect to longer trails in the state forest, and a place to enjoy nature. There’s also a pleasant picnic area. 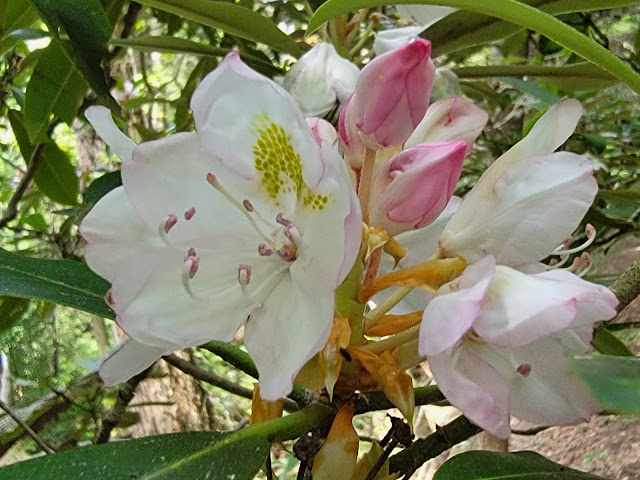 A century ago, the area was generally described as a “waste land.” The ridges of the Allegheny Mountains had once been covered with old-growth forest, but were cut clear by a country voracious to build. In fact, most of the mountains and forests of Pennsylvania were clear cut during the lumber era during the mid-to-late 19th century and very early 20th century. 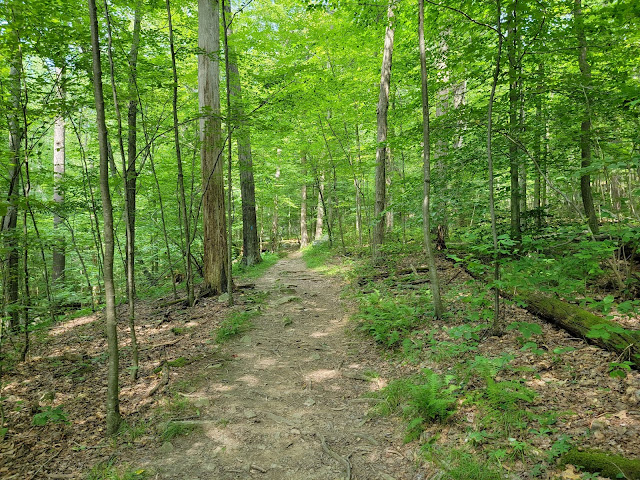 But now this park is a popular destination for those wishing to immerse themselves in a thriving forest or enjoy the natural water slides along Linn Run. 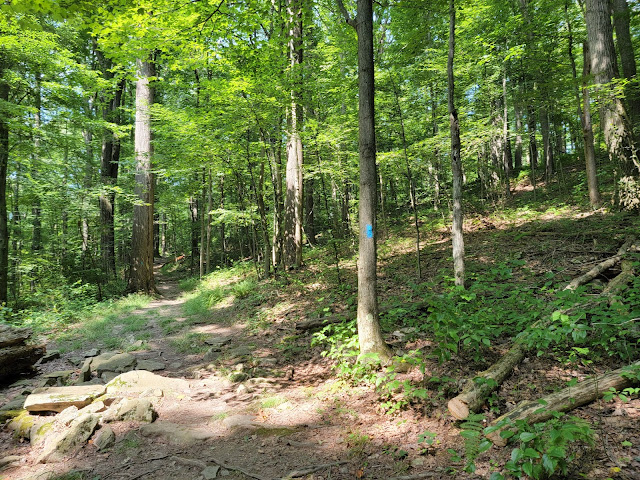 During our visit, we hiked two short trails: the Adams Falls Trail Loop and the Flat Rock Trail. 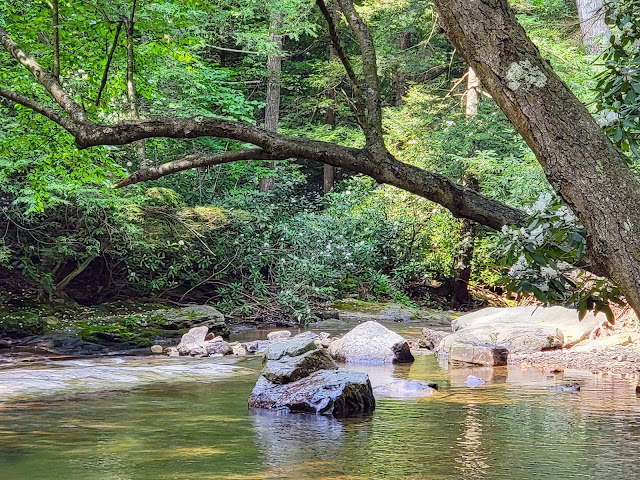 Adams Falls Trail Loop is a short trail — it seemed longer than the 1-mile loop it was advertised to be but also shorter than the 2-miles some other hikers thought it was — features a mountain waterfall tucked in among rhododendron and hemlock. This very rocky trail passes by large boulders. 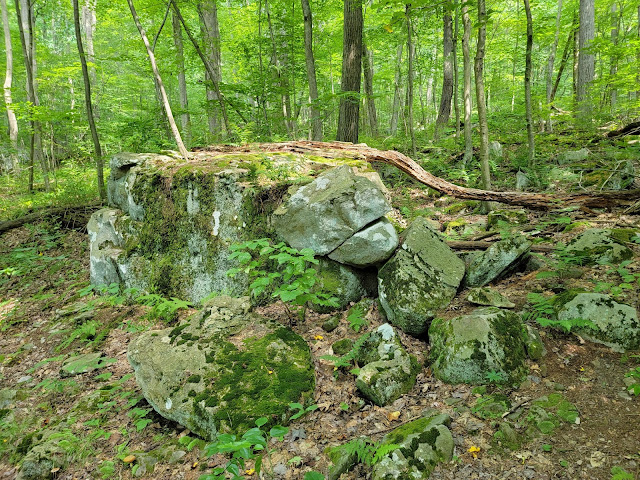 Adam Falls would be lovely in the spring, after rains, but in July, it was a very thin stream of water, a dripple, really, comparable with what you get when you turn on the kitchen faucet. But we enjoyed seeing the grotto behind the falls before climbing back up to the trail. 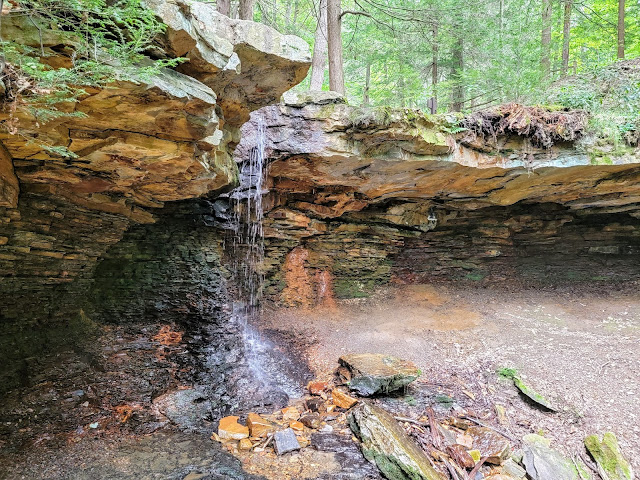 The trail then became very rocky but lovely with the floor cover of leafy green ferns. We missed them, but apparently there are chimneys and foundations of old cabins along this trail. 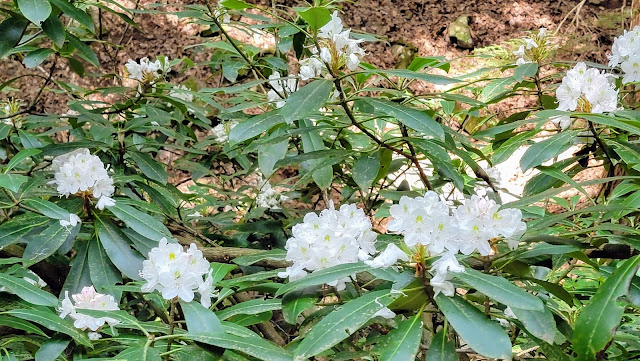 This is not a long trail, so you’ll likely have time to check out the Flat Rock Trail, a half-mile out-and-back trail that leads you along Linn Run, past the ruins of an old cabin that offers a fun detour to imagine what the rooms once looked like. 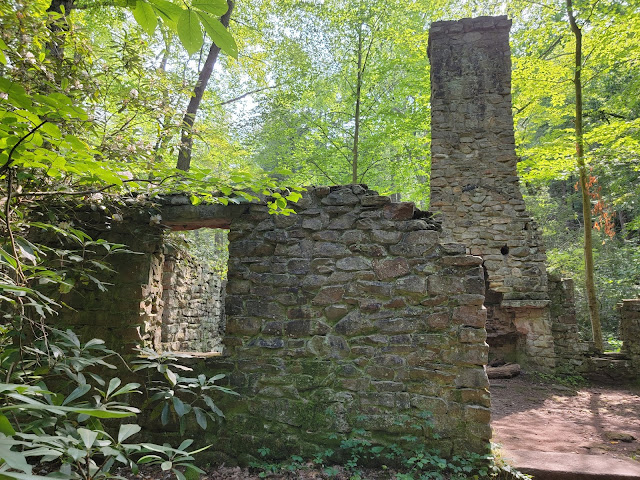 Bring water shoes and get your feet wet — the stream is inviting. And the smooth rocks form a natural water slide, which, on the day we were visited, some kids were enjoying, shrieking with delight in the hot summer day. 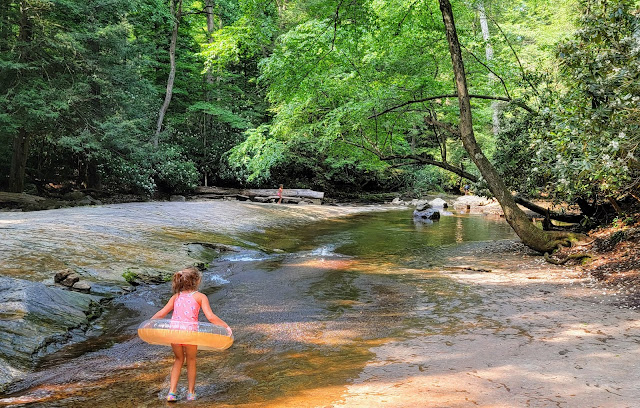 Looking for more fun things to do in the Laurel Highlands? Check out the articles below: 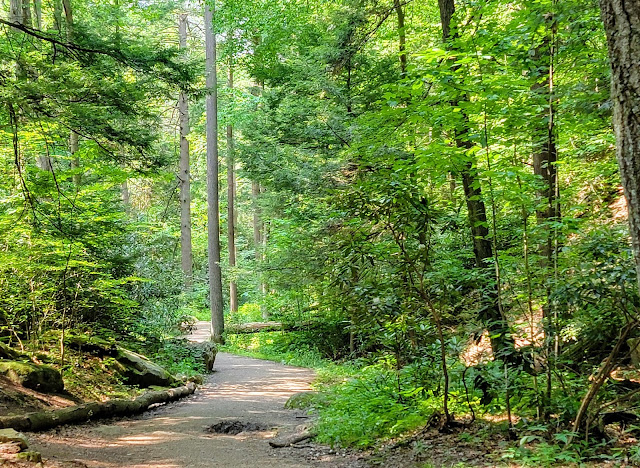