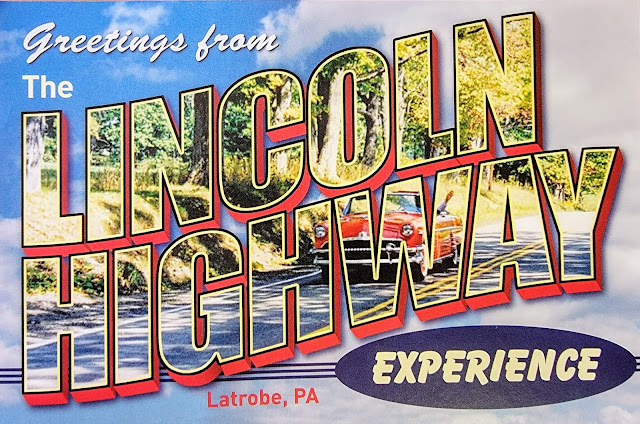 The Lincoln Highway is one of the earliest transcontinental highway routes for automobiles across the United States of America. Conceived in 1912 by Indiana entrepreneur Carl G. Fisher, and formally dedicated October 31, 1913, the Lincoln Highway runs coast-to-coast from Times Square in New York City west to Lincoln Park in San Francisco. 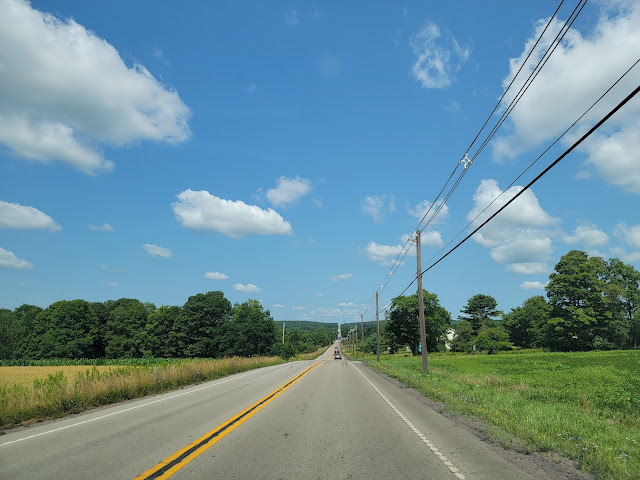 The Lincoln Highway also was America’s first national memorial to President Abraham Lincoln. As the first automobile road across America, the Lincoln Highway brought great prosperity to the hundreds of cities, towns and villages along the way. 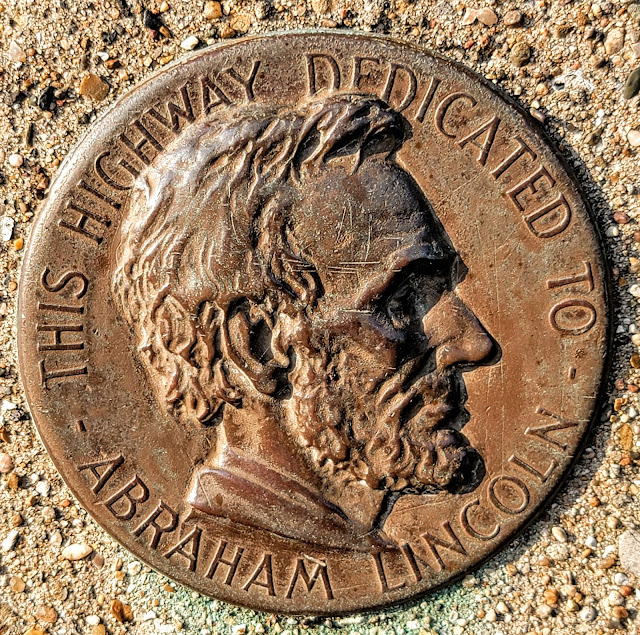 The Lincoln Highway was gradually replaced with numbered designations after the establishment of the U.S. Numbered Highway System in 1926, with most of the route becoming part of U.S. Route 30 from Pennsylvania to Wyoming. Most of the 1928 Lincoln Highway route became U.S. Route 30 (US 30), with portions becoming US 1 in the East and US 40, US 50 and US 93 in the West. 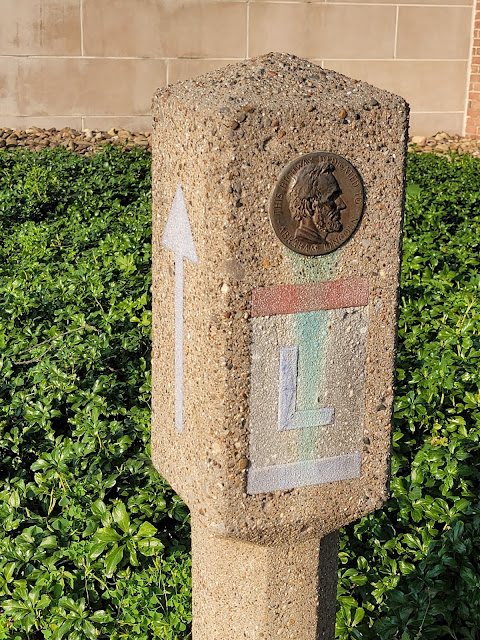 We only traveled a few miles of the more than three thousand miles of the Lincoln Highway — between Breezewood and Ligonier in Pennsylvania — but there was still plenty to see along that brief stretch! 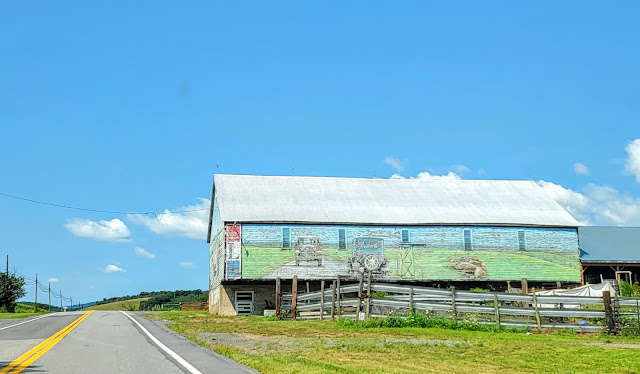 Between covered bridges that remind of us about even older transportation routes, beautiful old barns, scenic views, quirky art and fun stops, the Lincoln Highway has become known as “the Main Street Across America.” 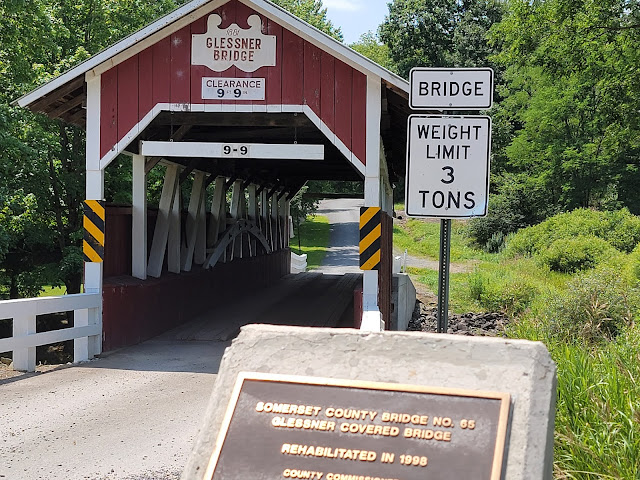 Lincoln Highway Experience tells the stories of the Lincoln Highway, the origins of the roadway, and the iconic diners, motels and experiences you might have experienced along the road during its heyday in the 1920s through 1950s, before it was replaced by interstate highways such as I-80. 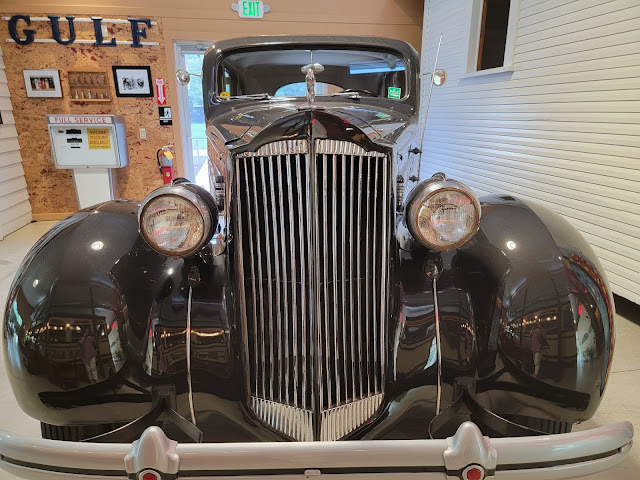 As you explore this engaging little museum, a picture of a optimistic America emerges, quirky and independent and willing to drive to see just about anything. The museum explores how women took the wheel and became expert drivers, how infrastructure supporting America’s new past-time of taking road-trips gradually built up, and  how the highway itself contributed to the thriving economy of the towns and places the roadway passed through. 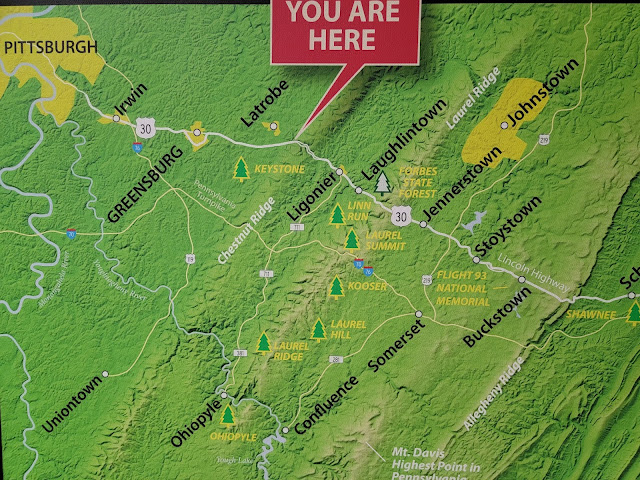 You could almost say that the Lincoln Highway was the birth of MidAtlanticDayTrips, because my very first post was about the Flight 93 National Memorial (I visited again, quite recently), which itself is located just off of the Lincoln Highway. And it was while driving home from there that my spouse and I discussed how there didn’t seem to be any other travel blogs that focused almost exclusively on daytrips in the mid-Atlantic region, and how perhaps I could fill that niche. 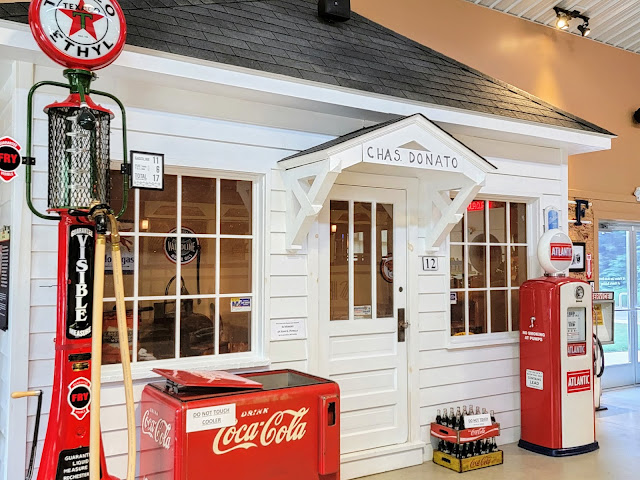 One of the coolest stories explored by the Lincoln Highway Experience is about an ill-fated convoy, which left Washington DC on July 7, 1919 with 300 men driving 81 vehicles to prove that an army convoy could travel across the United States. For the American military, World War I had illustrated the importance of being able to move large amounts of troops and equipment quickly over long distances. The journey was filled with accidents, mud-filled roadways, and even a fake attack by “Indians.” The convoy arrived in San Francisco 62 days later. 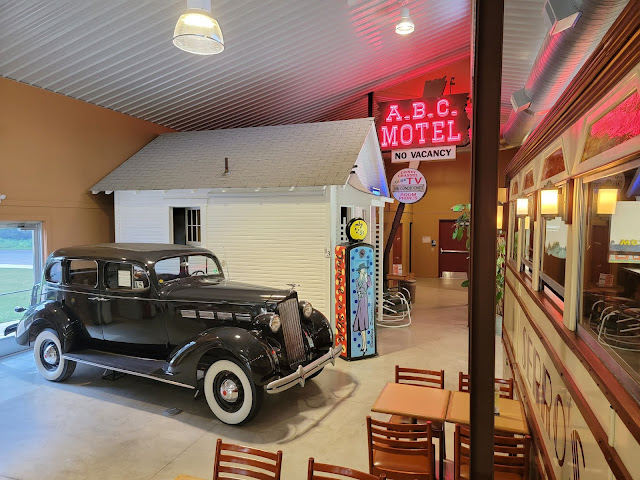 This trip had a huge impact on 28-year-old Army lieutenant colonel, a young man who would later serve as Supreme Commander of the Allied Expeditionary Force in Europe, achieve the rare five-star rank of General of the Army, and became the 34th President of the United States. As President, he would establish the Dwight D. Eisenhower National System of Interstate and Defense Highways, commonly known as the Interstate Highway System, is a network of controlled-access highways that forms part of the National Highway System in the United States. 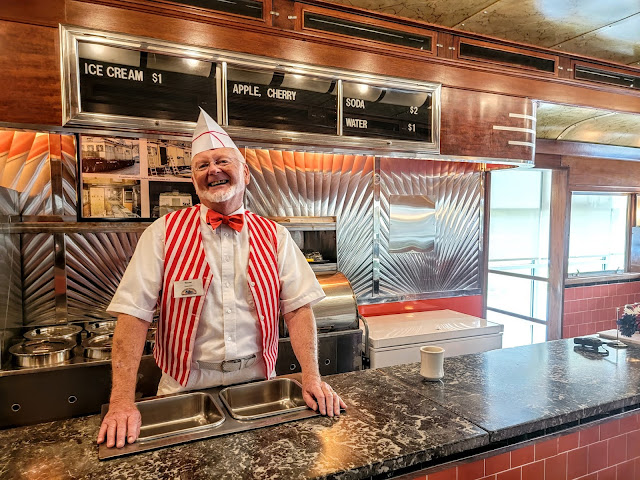 Your tour of the museum completes itself with a visit to the diner, an authentic diner from that era. A cheerful docent will serve you a slice of pie and some fun stories, allowing you to briefly relive the Lincoln Highway’s heyday. 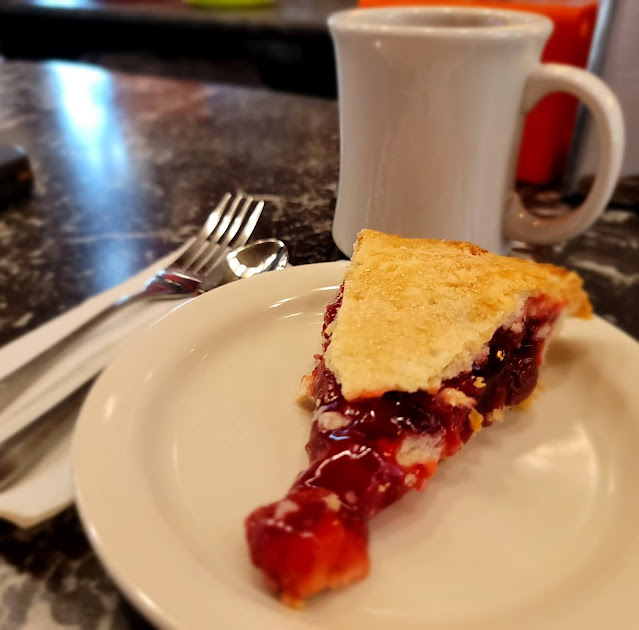 Looking for other fun things to see and do near the Lincoln Highway Experience? Check out the articles below: 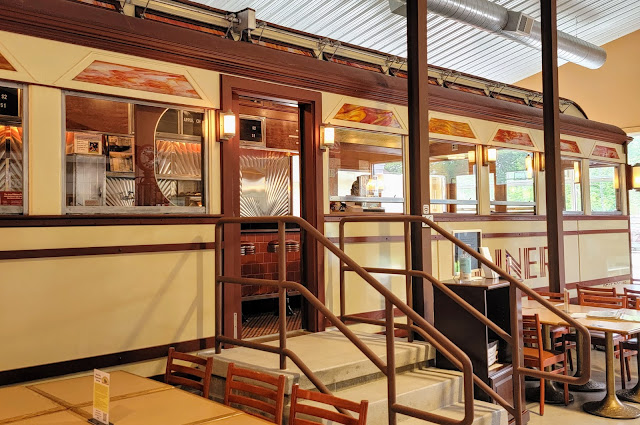 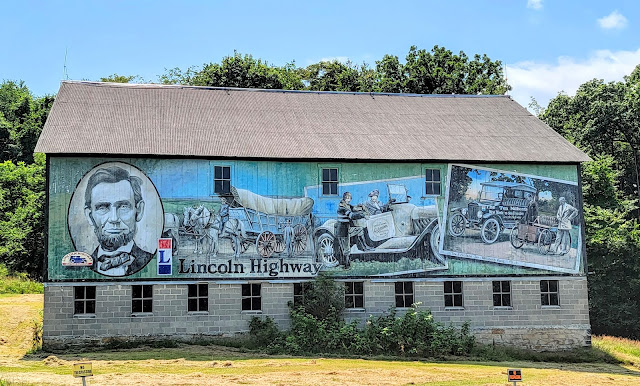