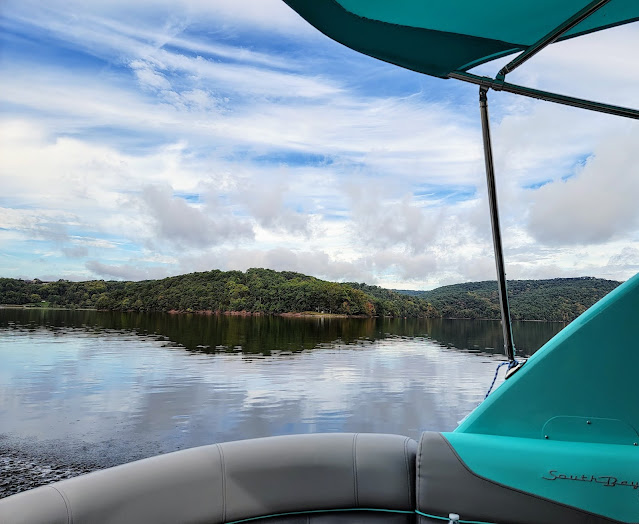 The largest lake (entirely) in PA, Raystown Lake offers you more than 27 miles snaking through the mountains along the original path of the Juniata River, to explore! 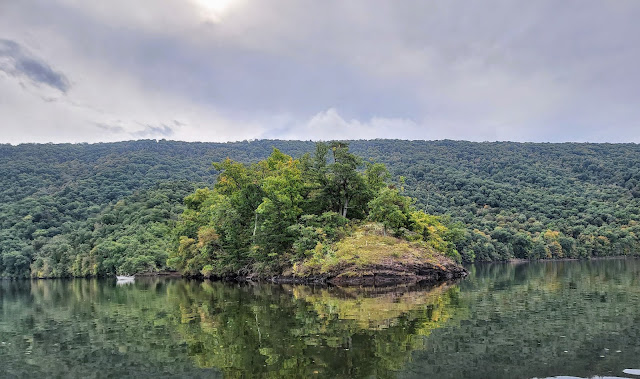 The original lake was built as a hydroelectric project, but was significantly enlarged in 1973 with a new, larger dam by the Army Corps of Engineers, primarily to control floods, provide electricity, and support recreational activities — boating, fishing, kayaking and fun outdoorsy stuff such as renting a high-speed pontoon boat! 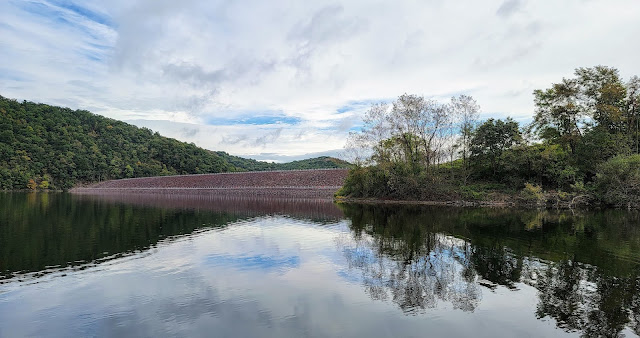 The pristine waters in the many serene coves are great for fishing, swimming, and relaxing. Skiing or tubing offer a thrilling day of activities!

Part of the town of Aitch is now under the level of the lake. While it is rumored that there are entire towns (and dead bodies of townspeople who refused to leave) still intact under the water, only a few more permanent structures were left in place. Some roads, a bridge over the old river, the original power station and the original dam still remain, but 407 graves were removed.

Seven Points Marina offers a variety of pontoon boats for rent, including fishing pontoons, pontoons with attached slides and shade canopies, pontoons with skis and tubes for water-skiing and water-tubing, including the one we enjoyed last autumn, the 200 horse-power Arch pontoon — definitely not your parents’ pontoon boat! 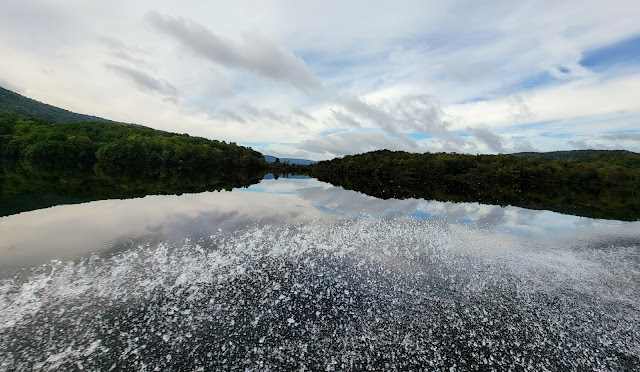 What makes Raystown Lake so unusual is that almost the entire lake is undeveloped, because the surrounding countryside is almost entirely owned by the Army Corps of Engineers. That’s why most of vacation homes are near the lake rather than on the waterfront. 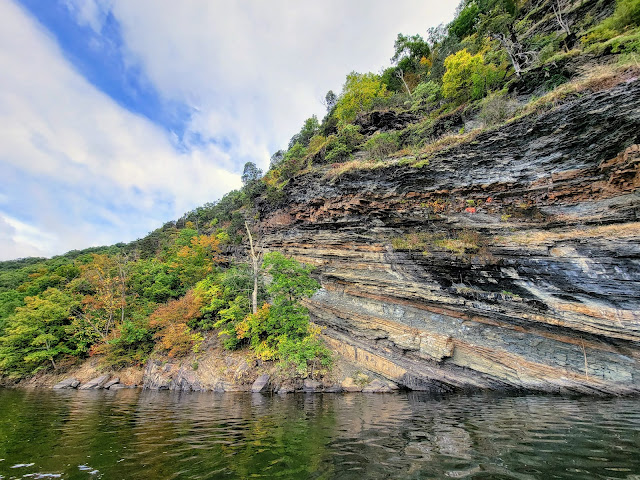 We traveled to see the dam before heading over to Sheep Rock. 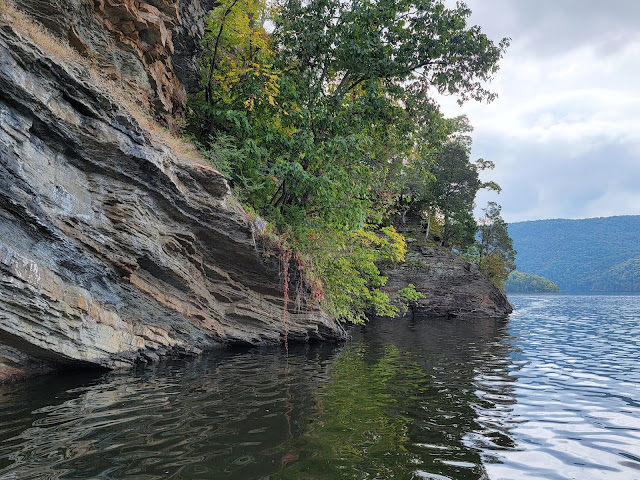 Originally a wide ledge over the Juniata River, it provided shelter from the elements for its inhabitants. Its location and orientation preserved the remains buried below by protecting them from wind and moisture. 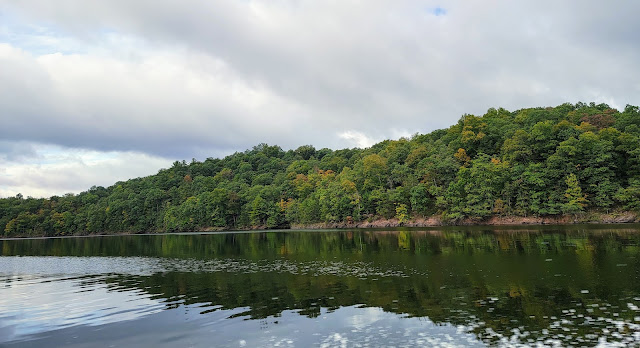 When it was announced in the 1960s that the lake would be expanded, Juniata College and Pennsylvania State University excavated to uncover artifacts that would otherwise be flooded, ending their state of preservation. Their work recovered human remains from as long as 12,000 years ago.

You can also rent houseboats for three- or four-day excursions that sleep four, six or eight people. 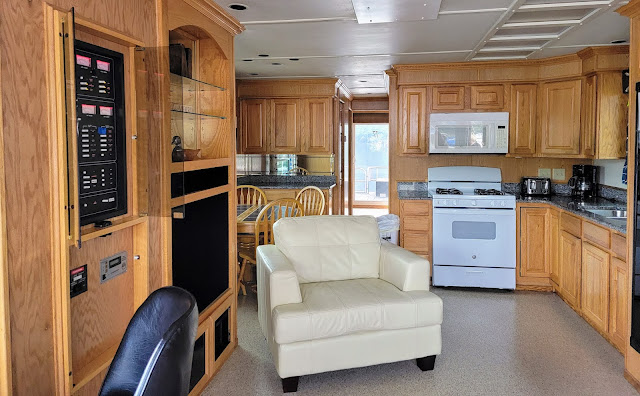 All houseboats have gas grill, patio furniture, large cooler, A/C and heat units. All kitchens are equipped with pots, pan, dishes, glassware, etc. All have full bath with showers, and holding tanks for fresh and waste water. Some also have hot tubs or water slides. 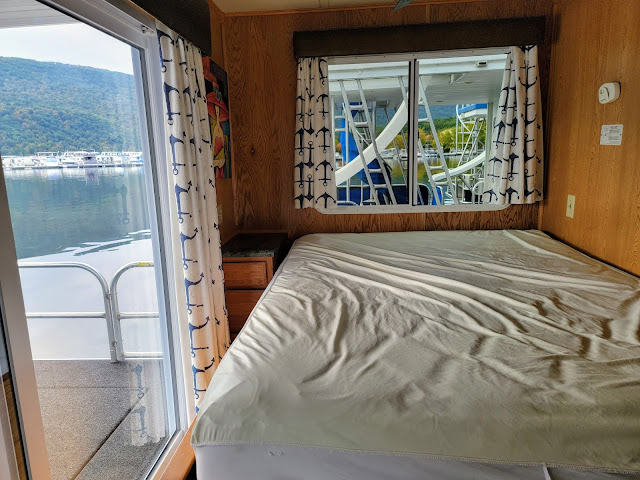 Pup friendly boats are available for those who wish to bring your dog. 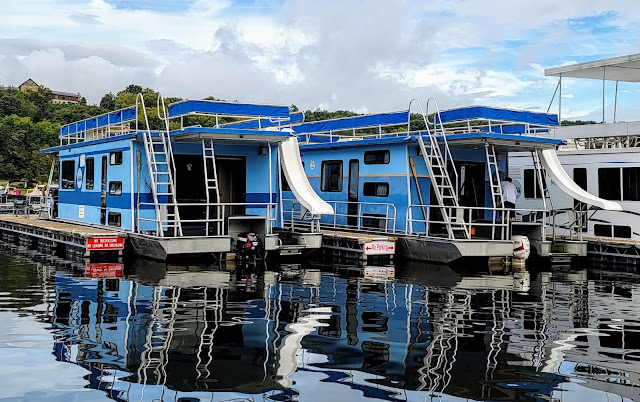 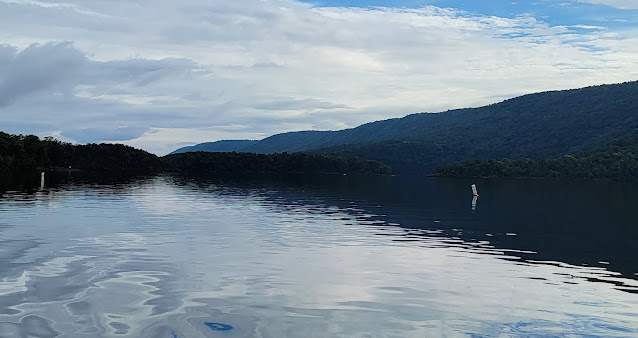 Look for other great things to do and see in the Lake Rayston area: 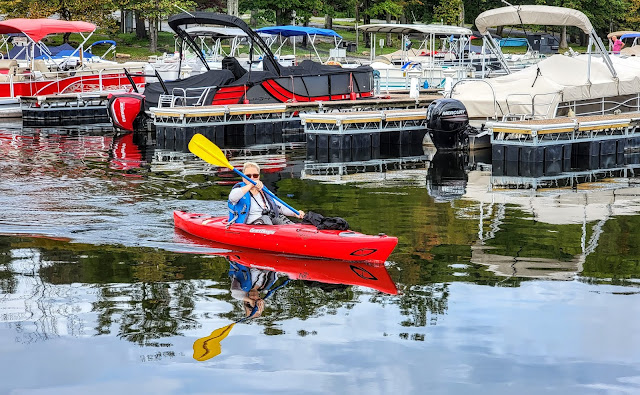 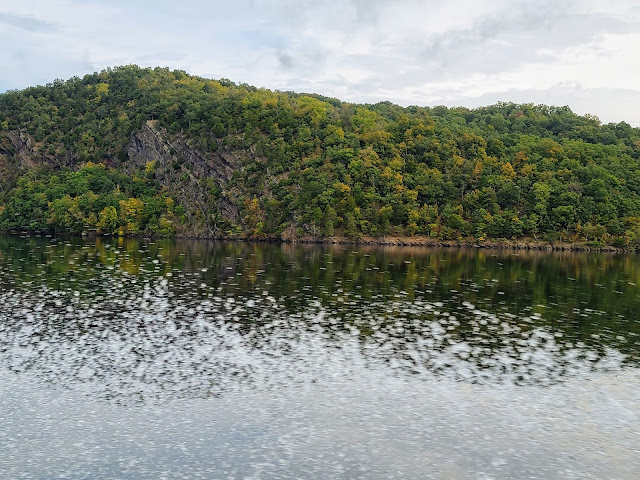